Moment lightning struck teenage soccer player during a game, leaving him fighting for his life

A 16-year-old Russian soccer player wearing a metal chain around his neck suffered serious injuries when lightning struck him on the pitch on July 4th.

The lightning struck him at the same moment he kicked the soccer ball. He is currently in critical condition. 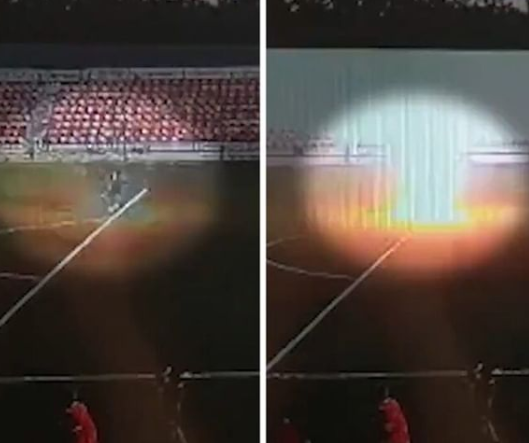 His girlfriend Yelena told Podyem media: "He is in stable condition. He regained consciousness but due to a strong painful shock he had to be put back into a coma. His parents are at his bedside. He has a scar around his neck where the lightning hit his chain, and that his lung was damaged. He needs time to stabilize."

Club general director Igor Mayorov said: "There was a clear sky, albeit overcast, but neither rain nor wind. If there was a thunderstorm, then we would not have been training."

Zakborovsky was taken to hospital where doctors put him into an induced coma. 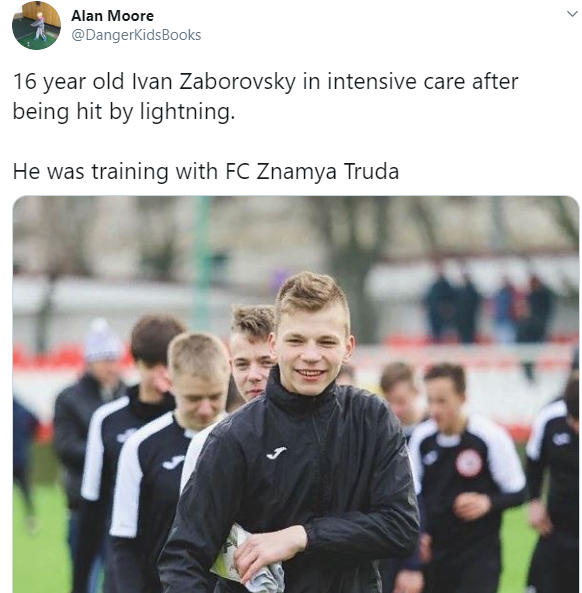 While he suffered severe burns, his club tweeted that his condition is stable and there is no "life-threat."

"Everyone acted quickly, very professionally, the ambulance arrived in eight minutes," added Mayorov. "Most likely he had a respiratory arrest, he received first aid, maybe because of this the child is alive."

Mayorov added that the boy’s "recovery dynamics are positive."

More in this category: « Rapper, Pop Smoke's social media led killers to LA home after he posted his address online by mistake Virginia man bludgeoned his wife, 24, with a hammer and smothered her baby after discovering the child wasn't his »