Manchester United and Ivory Coast defender, Eric Bailly, has given an update on his health condition after he was stretchered off and placed on oxygen following his head injury sustained in Sunday's FA Cup semi-final loss to Chelsea.

According to Bailly he is not as bad as first feared, with the defender describing it as "just a scare".

Bailly suffered a cut to the head during the first-half at Wembley in a collision with centre-back partner Harry Maguire, which saw the 26-year-old receive treatment for 11 minutes on the pitch before being carried off on a stretcher.

The Ivory Coast international was taken to hospital for treatment but has since been discharged and he has provided an update for fans and thanked them for their well wishes.

"Thank you for all the messages of support. I am OK, it was just a scare. I feel the pain of yesterday's defeat even more. But we have to get back up and refocus on the two big games we have this week."

The tweet was accompanied with a love heart emoji and a photograph of Bailly doing the thumbs up. 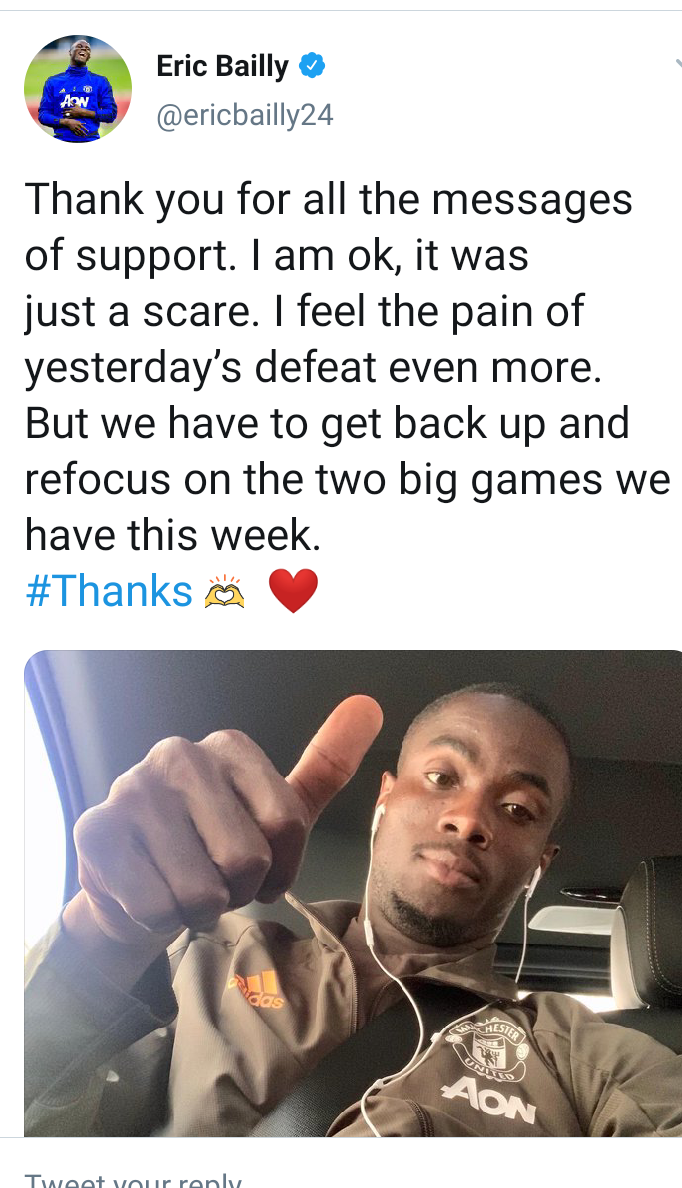 More in this category: « Facebook has "No deal of any kind" with Donald Trump - Mark Zuckerberg Kanye West goes off on a rant on Twitter, calls out Kim Kardashian and Kris Jenner »