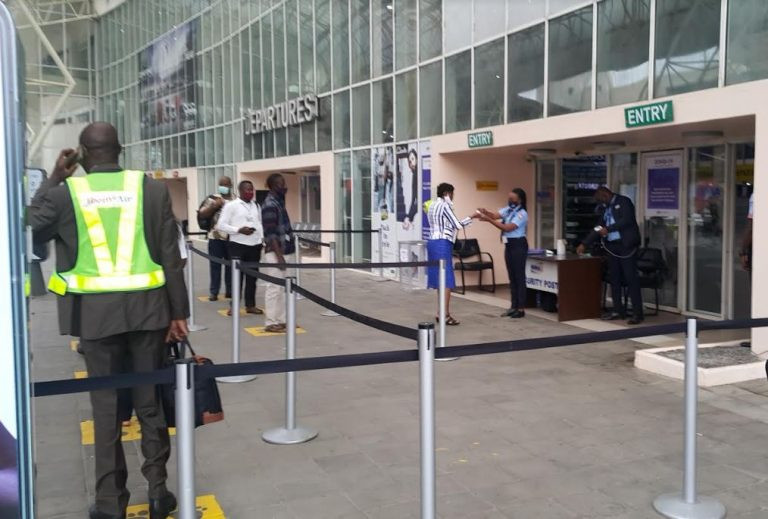 Photos shared online showed scanty departure halls with a low number of passengers coming in for security and health checks. The five airlines that have been given approval to operate, have disclosed that they have witnessed very little bookings since the announcement for the reopening of airports was made.

Recall that the Nigerian Airspace was closed in March as part of measures to contain the spread of Coronavirus in the country.

On July 1, the Minister of Aviation, Hadi Sirika, announced the resumption of domestic flights in the country. In the statement he released, the Minister said the Abuja and Lagos airports will resume domestic operations on July 8, while the Kano, Port Harcourt, Owerri, and Maiduguri airports would resume on the 11th. Other airports are also expected to resume operations on the 15th. He, however, added that a date for the international airports will be announced in due course.

See more photos from the terminals today below.. 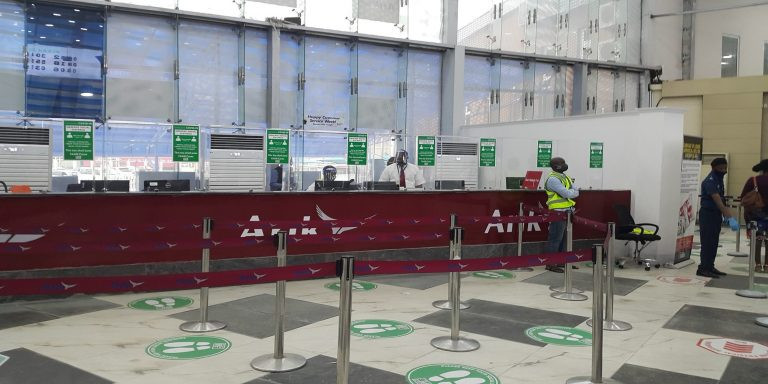 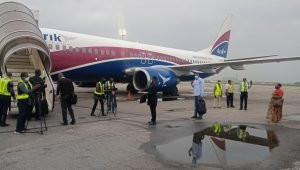