Jussie Smollett returned to court Monday morning in Chicago to enter not guilty pleas to new felony charges accusing him of lying to Chicago police about being the victim of a racist and homophobic attack last year.

The actor appeared at the Cook County courthouse with his family members and lawyer Tina Glandian, who entered not guilty pleas to each of the six counts. She also requested Judge James B. Linn to stop the case, WGN Chicago reports.

Abel and Ola Osundairo, the two Nigerian brothers who claimed he paid them to attack him were also in court with their attorney.

Smollett had pleaded not guilty to 16 counts last year before the Cook County State's Attorney Kim Foxx's office announced it was dismissing the case. But retired appellate judge Sheila O’Brien later petitioned the court to appoint a special prosecutor to reopen the case and examine why charges against Smollett were dropped. 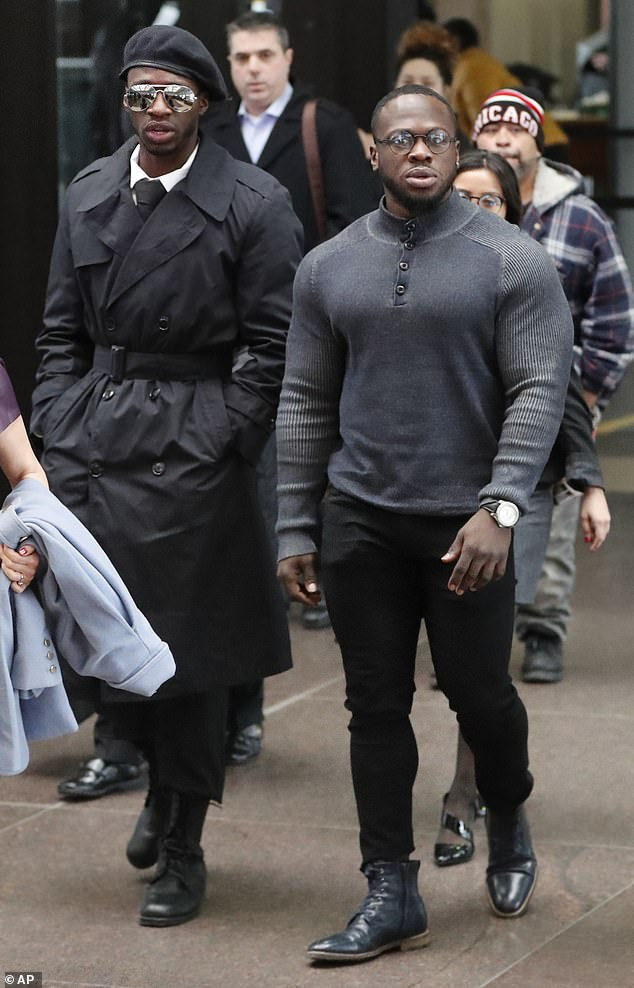 The case is now being handled by Special Prosecutor Dan Webb who was appointed to represent the state. Webb is also investigating Foxx’s office and how they handled the case.

Smollett, who is black and gay, told police that two masked men attacked him as he was walking home in January 2019. He said they made racist and homophobic insults, beat him and looped a noose around his neck before fleeing, and that at least one of his attackers was a white man who told him he was in “MAGA country,” a reference to President Donald Trump’s campaign slogan, “Make America Great Again.”

More in this category: « DSS Arrest Tanker Drivers For Embarking On Strike In Kano Nigerian Air force jets hovered around while we were attacked by Boko Haram - Garkida residents »