A jobseeker has narrated how he was lured to Rivers State with a job offer and kidnapped.

@iam_AbiodunB revealed that he was released on February 22, after his family and friends paid a ransom.

He further disclosed that one Ogbonna Emmanuel Valentine, a 200 level Computer Science student of Federal University Otuoke in Bayelsa state, is still being held by his abductors. 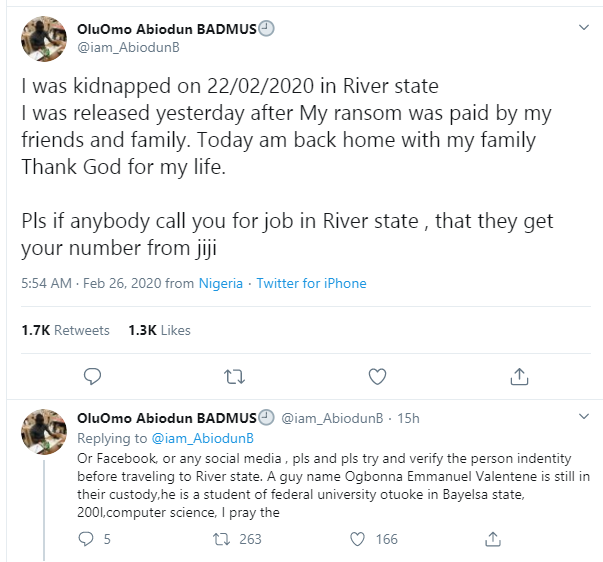