Injured boy, 6, hailed a hero after he bravely fought off a dog to save his sister

A number of American celebrities are hailing a 6-year-old boy after he bravely fought off a dog to protect his kid sister and ended up sustaining injuries that needed stitching.

According to reports, the boy placed himself between his sister and a dog that was trying to attack her. He got bitten on the face multiple times but he made sure his sister wasn't harmed and he managed to get her home safely.

He was quoted as saying: "If someone was going to die, I thought it should be me." 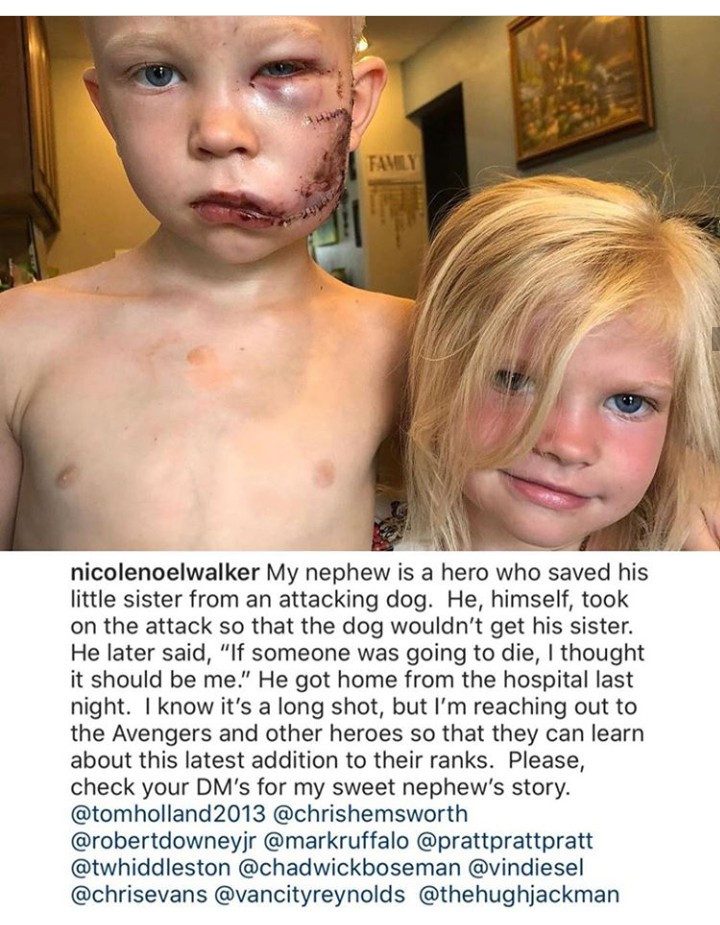 His photo and story has been reshared by multiple American celebrities as they praise him for his action. 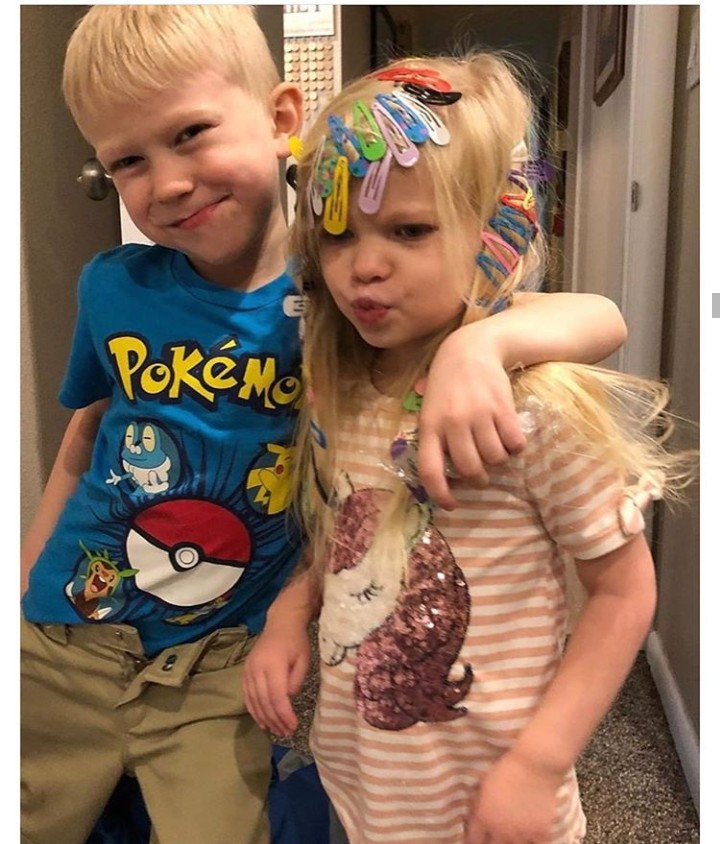 More in this category: « Empire actor, Bryshere Gray arrested for allegedly assaulting his wife Russian influencer, 35, marries her 20-year-old stepson who she raised from the age of 7 and reveals they are expecting a baby after she divorced his father (Video) »