A social media user has called out popular crossdresser, Bobrisky over fake life she lives on Instagram.

Recall Bobrisky took to social media to claim she flew first class to Dubai, taunting many of her haters.

However, a web user has now called her out on her lie, saying she never flew first class but economy. 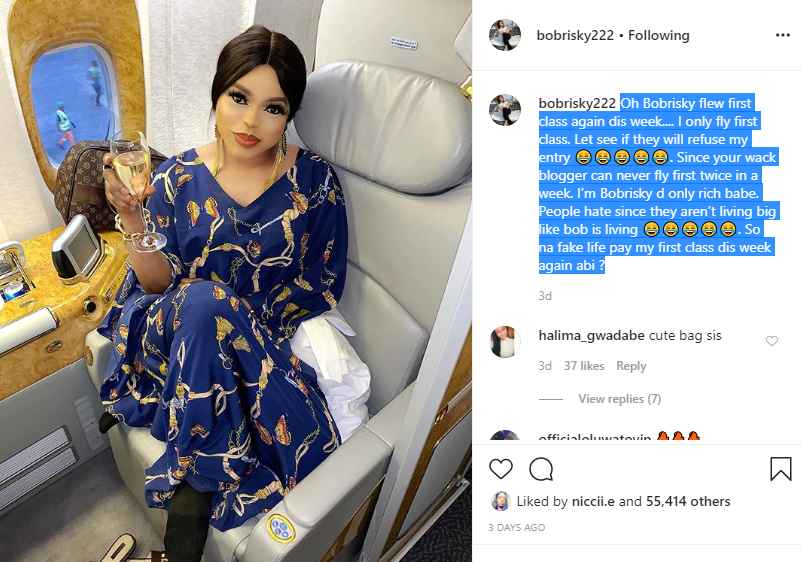 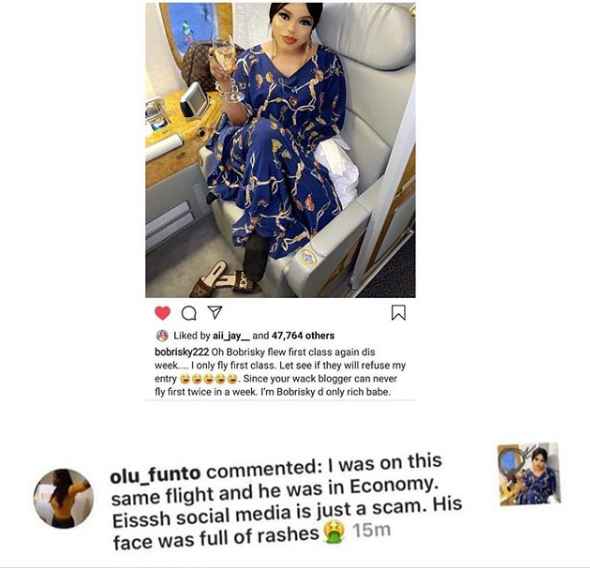 More in this category: « Christiano Ronaldo’s Jnr. In All Smile As He Gets 800k Followers On IG In 24hrs Rob Kardashian denied primary custody of daughter - Dream.... Blac Chyna retains custody »