Tyson Fury has made his first social media post since his stunning victory over Deontay Wilder, wishing the Bronze Bomber a quick recovery while also calling him 'dance partner' of the century.

Fury brilliantly beat the American fighter Wilder on Saturday night to become the new WBC world heavyweight champion in a much-anticipated rematch. He floored Wilder twice in a stunning display before the towel was thrown in by the Wilder's corner in the seventh round. 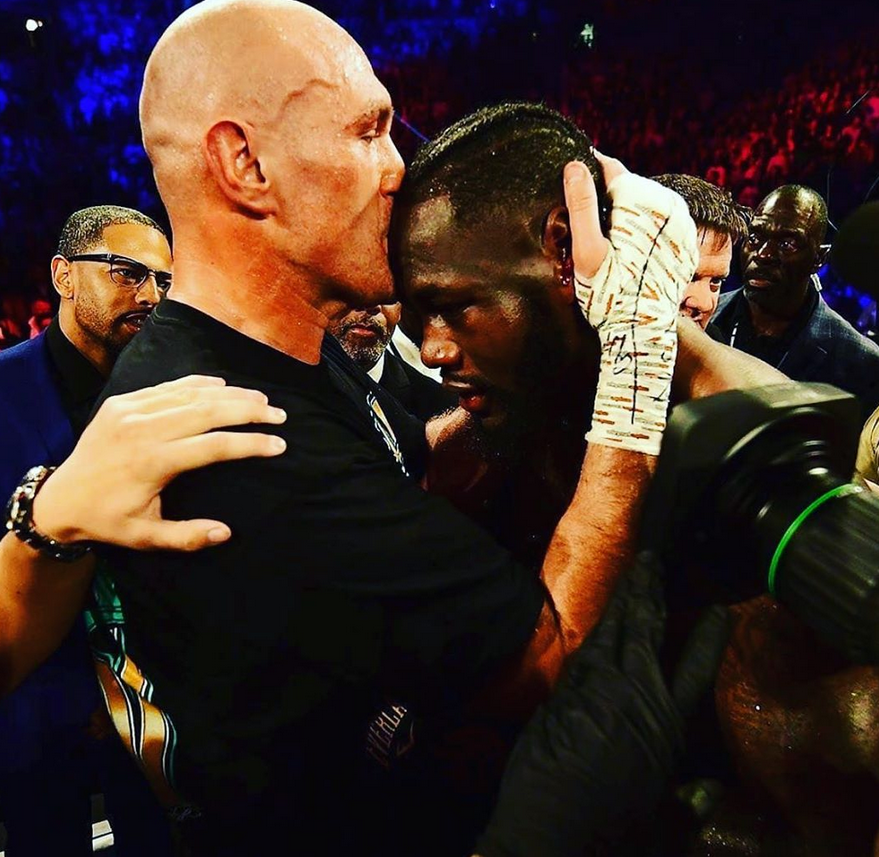 Fury instead of taunting Wilder like many fighters do after beating an opponent, rather sent him a message of love alongside a picture of him kissing Wilder's forehead.

Fury posting on Instagram, wrote: ‘Love and respect to the dance partner of the century, @bronzebomber #speedyrecovery’

More in this category: « Russian Blogger Destroys His ₦120M MercedesAMG G63 SUV By Dropping It From Helicopter Mike Tyson Beg For Suitors To Marry His Daughter - Says "Marry My Daughter and Get $10 Million" »